Subcontractors can view project plans and bidding opportunities above.

Contact the office for log-in information for a particular project. The receptionist will direct you to the correct project manager. Please call 410.296.7930.

From the Wall Street Journal:

These are hard times for economic liberty, but the Supreme Court on Wednesday offered a modest reason to hope. In a 9-0 ruling, they concluded that the Environmental Protection Agency can’t terrorize Americans via regulation without allowing them a day in court.

In 2005, Michael and Chantell Sackett bought a small property in an Idaho residential neighborhood, intending to build a home. Once construction began, the EPA decided without any notice that the plot was a “wetland” because it was near a lake. There is no water on the property. The agency’s pen pushers served the Sacketts with a “compliance order” that said they were violating the Clean Water Act and would be fined $37,500 per day until they restored the property to its original condition, if not criminal charges as well.

As Deputy Solicitor General Malcolm Stewart revealed during oral arguments, the Sacketts were actually liable for twice that—$37,500 per day for violating the Clean Water Act, and another $37,500 for violating the compliance order. Mr. Stewart defended the double secret penalties by saying the EPA had no statutory obligation to disclose them.

The case landed at the High Court after the Sacketts tried to appeal the wetlands designation. But the EPA refused to grant a review or lookback hearing, because an appeals process isn’t explicitly required by the Clean Water Act. Only after the EPA moved to enforce the compliance order would the Sacketts get their day in court. 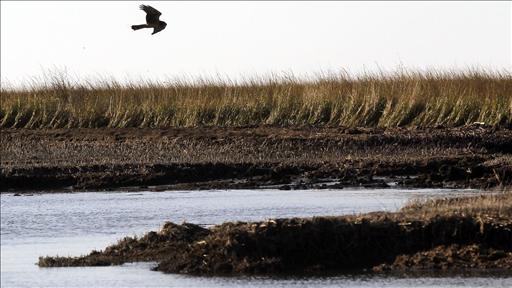 The EPA almost never needs to enforce, however, because disobeying a compliance order—even one that is later overturned—is legal proof in its mind of “willfulness” or a tacit admission of guilt. The only way to defend yourself is to break the law and therefore invite even higher penalties. The Sacketts claimed this Star Chamber violates their due process rights.

As Justice Samuel Alito asked during oral argument, “If you related the facts of this case as they come to us to an ordinary homeowner, don’t you think most ordinary homeowners would say this kind of thing can’t happen in the United States?” Yes, which is why most Americans will welcome the decision that the Sacketts can challenge the compliance order in court under the Administrative Procedure Act.

Alas, the High Court’s narrow ruling does not provide greater relief to the thousands who are tortured by the EPA’s expansive interpretation of the Clean Water Act. That law was meant to prevent pollution in “navigable waters.” It says nothing about wetlands. But the EPA created that writ through rule-making, and last May the Obama EPA issued new regulations that expand this discretion even further.

In a concurring opinion in Sackett v. EPA, Justice Alito accurately noted that, despite the ruling, “the combination of the uncertain reach of the Clean Water Act and draconian penalties imposed for the sort of violations alleged in this case still leaves most property owners with little practical alternative but to dance to the EPA’s tune.”

Congress ought to amend the Clean Water Act to make the law’s jurisdiction clearer. Meantime, the ordeal of the Sacketts shows once again how this agency with a $10 billion budget and 17,000 agents has become a regulatory tyranny for millions of law-abiding Americans.

A version of this article appeared March 22, 2012, on page A14 in some U.S. editions of The Wall Street Journal, with the headline: Supremes 9, EPA 0.